Welcome to Doom Charts, representing some of the finest bloggers, journalists, radio, podcasters and album reviewers from the heavy underground around the globe.  Each month, our critics submit their picks for the best new doom, sludge metal, stoner-psychedelic and heavy rock albums.  The results are compiled and tabulated into the chart below.  This is a one-stop shop for the best new albums in the world…

Remi is a music nerd, perhaps even moreso than the average Doom Chart alumni. The guy has lists of music in the thousands tallied away where snippets are posted over at his group page on facebook called, Remi Posts Too Many Links: A Music Discussion Group. Check out his top 25 as configured for the Doom Charts. Like many of us, he’ll probably be tinkering at this list in the background for weeks to come as that OCD tendency runs rampant over here. Let us know your favorites at the bottom.

Check out his playlist on Spotify for his top albums here as well.

Picking a #25 on a list of 25 is almost as hard as picking a #1, but Astrosaur was repeat listen at work for me this year whenever I wanted something instrumental that could still slap me upside the head! For years, Lazer/Wulf’s The Beast of Left and Right occupied that space, but this record knocked it off it’s perch. One of 3 (that I can think of) Oslovian bands on this list… there’s something in the water over there that produces some of the best musicians in the world, and this trio are not an exception!
Fav track: Homewards

24. The Appleseed Cast – The Fleeting Light of Impermanence – emo/post-rock – Graveface

A bit of a surprise for me. The Appleseed Cast is a band I’ve known about for a long time, their blending of post-rock and emo always had them mentioned with other post-rock bands since I’d started following the genre nearly 20 years ago, but they never really stood out for me. I don’t know if they’ve changed, or I’ve changed, but something about this record felt different in a genre that is a few years passed offering much more than the rare glimpse of innovation and excellence.
Fav track: Time the Destroyer

If this list was based on how much I liked and listened to my favourite tracks on every album, a handful of tracks on Colours of the Sun would have it sitting near #1. The album wavers in quality a little over its 10 songs, but its still one of the best progressive rock albums this year with enough pop-hooks, heavy riffs, djent bass leads, and all-around killer riffs to give it a spot on this list
Fav track: Brightstar

Two-piece noise makers return for their most focused outing yet. Years of listening to the Melvins, Motorhead, and various noise-bands have been funneled out from their brains into 5 songs over 45 minutes that always seem to know where they’re headed.
Fav track: V

What do you do when you put out 5 records in a calendar year? Take a year off, then come back for two more! The second of these might be the one most people reading this will expect to see, but I thought their attempt at a heavy metal record was just ok. Their take on… whatever the hell is going on here… electro-saturday-morning-boogie-rock? Whatever it is, it’s the more fun record this year by a mile. If most of the songs on this album don’t put a smile on your face, I really don’t know what to say…
Fav track: Plastic Boogie

The “how much speed was this band on?” record of the year. Kaleidobolt rarely slows down to take a breath. It can sometimes be a bit exhausting if you’re not in the right mood, but if you are, there isn’t a better high energy, full-tilt heavy metal party record around!
Fav track: Coyote

18. A Constant Knowledge of Death – Vol III.a: Forth From The Quiet To The Air That Trembles – progressive rock – self released

ACKoD decided to release 4 albums in 2019, with each one being primarily led by one member of the band. The black metal influence might be obvious on the last 3 of these records, but varying levels of noise and dissonance between them offers up something different enough to make each release interesting to check out. A, on the other hands, might feature a hint of this with some aggressive vocals, but the music is an acoustic guitar led 23 minutes of pure progressive rock bliss. I’d made the comment before that the record would work without the aggressive vocals, and while I’ve gotten used to them, something tells me that if I could get a copy of this without some of them, this record would sit near the top of this list!
Fav track: Malebolge (whose aggressive vocals meld perfectly with the clean harmonized vocals!)

Killer melodies, amazing guitar work, perfectly crafted songs. Over the last few years, a few bands who might have previously put out just another stoner rock record have put out meticulously crafted progressive/heavy psych records that has breathe new life into the genre. After three amazing records, Bask stand with Elder at the front of the pack!
Fav track: New Dominion

A part of me was hoping that we would hear more of the direction the band took with Alba-Les Ombres Errantes last year, while another couldn’t wait for a return to the metal sound of Shores of the Abstract Line. While the metal vocals and blast beats are back, the band has obviously matured and honed their self-styled cinematic metal.
Fav track: On the Dry Lake

Spirit Adrift have been garnering critical acclaim since their debut, they hadn’t clicked with me till Divided by Darkness. I can’t quite put my finger on it, but I’d probably say it’s the improvement in Nate Garrett’s vocals, which always felt a bit forced. With this one, I’d put his vocals in my favourites on this whole list!
Fav track: Living Light

Atsuko Chiba’s Memory Empire EP was in my top 5 of 2016, and I can honestly say that I know that it was an EP hurt it in the rankings a bit, cause I’m weird with EPs. It was a long 2 and 1/2 years to wait for Trace and I was a bit worried that the band would change away from what I loved about their sound. And change they did, but while their sound has chilled out a bit, the band still delivers an album of killer prog/psych with strong funk and hip-hop inspirations that feels more mature and tightened up than ever!

After putting out a near perfect record (and my best album of 2016) with Kodama, Alcest returns with a slightly heavier record that holds its own against anything in their catalog. The bar was as high as it could be, but I tapered my expectations, and was able to take in Spiritual Instinct for the amazing record that it is!
Fav track: Spiritual Instinct

Monolord’s last record, Rust, was a huge step forward for the band defining their own sound, moving away from a more standard/purist doom sound, and I was perfectly fine with that! With No Comfort, the tempo speeds up a little, and the song writing takes another big step. Their roots might still be showing, but Monolord are turning into a must-listen band who I’m sure will convert a few naysayers with this album!
Fav track: Skywards 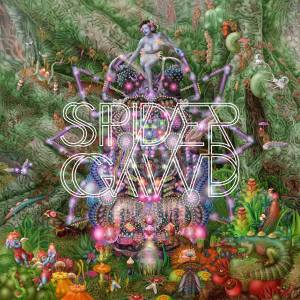 Per Borten was already a Norwegian hidden gem (check out Cadillac’s Magnetic City for early proof of his genius) before forming Spidergawd. After 5 albums in 6 years, Spidergawd continue to pound out one killer hard rock record after the next, nearly outpacing Motorpsycho (see #2 on this list), which happens to be drummer Kenneth Kapstad’s former band, who pulled double duties before leaving the latter to focus on Spidergawd full time!
Fav track: Green Eyes

If Howling Giant could have kept going in direction set with their handful of EPs, I would have been perfectly fine. Black Hole Space Wizard Pt 2 flowed amazingly and was a perfect chilled out progressive stoner rock outing that I would have loved to hear more of. With that said, they instead chose to surprise us with a greatly expand palette, a cleaned-up sound, and a much greater variety of tempo. Tracks like The River Guide could easily have been on one of the previous records but doesn’t feel out of place with the up-tempo hook filled Cybermancer or the accoustic ballad Ghosts in the Well!
fav track: Everlight

At this point, Cult of Luna have long ago established themselves as arguably the best post-metal band going since the disillusion of Isis. They may have had an argument to make before it too, but with albums like Vertikal I/II, Mariner and A Dawn to Fear, very few bands are even in the same ballpark anymore.
Fav track: The Silent Man

A late addition from Venezuela’s zeta. 14 songs in 41 minutes might not hint at a very progressive album, but these guys manage to squeeze more into every minute of this album than anyone else I’ve heard this year without feeling forced. The Mars Volta with a heavy psych bent!
Fav track: Oaya

The dirtiest record on this list; noisy hardcore thrash crossover that is a bit out of my regular wheelhouse, but a record I kept coming back to over and over!
Fav track: Tween Shitbag

Maybe the most divisive album among fans of the genre is honestly maybe my favourite in their discography. Complaints about the production feel like tonal choices to me. Outside of maybe a few too many “segue” tracks, there’s isn’t a weak moment on the album!
Fav track: Borderlines

Where the hell did this come from? The first “amazing” record of the year was a strong contender for #1 and possibly only suffered from having been played so often! Stoner/desert rock with a modern rock edge.
Fav track: Backstabber

After years of amazing rock n roll records with C’Mon, Bionic, Public Animal, and Blurtonia, to name a few, Blurton continues to channel his Thin Lizzy love, adds some double bass, turns it to 12 (he’s been playing at 11 since the 80s) for arguably his best record yet!
Fav track: Night of the Black Goat

A near perfect outing of progressive leaning stoner/sludge act. The Thief sounds like the missing link between Mastodon’s Leviathan and Crack the Skye (no offense to Blood Mountain).
Fav Track: Fathoms

After 30 years, Motorpsycho still continue to release killer rock records at a pace matched by few others! Progressive rock influences shinning through without taking away from the Motorpsycho-sound, there’s a reason this is my favourite band, and no one is close to dethroning them.
Fav track: Lux Aetena

NO BANDCAMP GO HERE INSTEAD

Black Sabbath worship at its finest. After releasing a killer EP, Green Lung leaps way beyond with their full length. With dueling lead guitars peppered throughout the album, it all culminates in a Brian May-worthy sea of guitars in May Queen and the amazing closer, Into the Wild!
Fav track: May Queen

Special thanks to the ongoing contributors to the monthly Doom Chart.  You folks help give voice to the heavy underground:

Feel free to send in your albums to stonerdoomcharts@gmail.com where they’ll be delegated to the crew above to determine their thoughts and gather the votes at the end of the month. Leave us comments below and let us know what you think about the Charts.