You are about to experience one of the strangest meetings ever convened — a joining of […] the most unusual people on Earth! Sit quietly in the shadows of this clandestine conference and observe it well! For from it shall soon be born … The DOOM PATROL (Arnold Drake)

Welcome to Doom Charts, representing some of the finest bloggers, radio and podcasters, album reviewers from the doom-stoner underground around the globe. Each month, our critics submit their picks for the best new doom-sludge metal and stoner-psychedelic rock albums.  The results are compiled and tabulated into the chart below. This is a one-stop shop for the best new albums in the world.

But first … how about a quick roll call for April’s contributors to The Doom Chart:

25. VENUS SLEEPS – ‘Dead Sun Worship’
From Dublin, Venus Sleeps makes it premiere on The Doom Chart this week, with an album as grand as the name implies. The vocals and expansive sound are a true standout on Dead Sun Worship. GET IT

24. SATORI JUNK – s/t
Eclectic and engaging, Satori Junk is a winner.  Yet another band wisely backed by the Italian label that continues to impress; Taxi Driver Records. GET IT 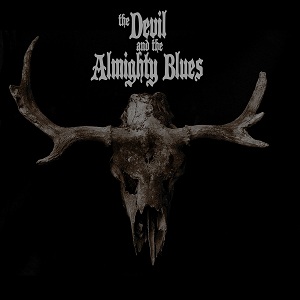 23. THE DEVIL & THE ALMIGHTY BLUES – s/t
Daaaamn, those blues just stick with you, like a warm, fuzzy buzz from a good, aged whiskey. At it’s core, metal is all about the blues and these guys know how to meld both together in their eponymous LP.  GET IT 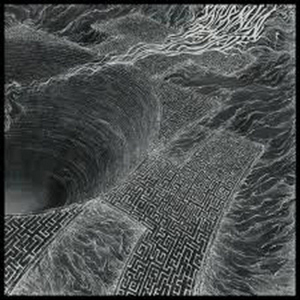 22. SATURNALIA TEMPLE – ‘To The Other’
The Upsalla band describes their latest ritual offering this way: “A dark Swedish forest at night, while out of the body.” Couldn’t have said it better. GET IT

21. DESERT STORM – ‘Omniscient’
The UK stoner rockers are back with a vengeance with this impressive 10-tracker, a step forward in the band’s evolution and well worth repeated listens.  GET IT 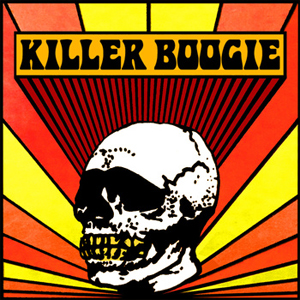 20. KILLER BOOGIE – ‘Detroit’
Rock ‘n’ Roma invades Detroit and brings the fuzz with them in this, another in a line of winning exports on the Italian label Heavy Psych Sounds. GET IT

19. DOOMRAISER – ‘Reverse’
This album is a triumph, pure and simple.  Traditional doom the way we remember it: grand, evil, and full of earth shaking power! GET IT

18. WATCHTOWER – ‘Radiant Moon’
Making their first appearance on The Doom Chart, Melbourne’s Watchtower (named after the not-so-popular, yet ubiquitous, magazine handed out by door-knocking proselytizers) has given us yet another short release, giving us further confidence that when their full-length comes, Jehovah himself will be well-pleased . GET IT

17. ABRAHMA – Reflections in the bowels of the bird
Though this one doesn’t land until May (on Small Stone Records), most of us reviewers have gotten our promo copy and have been very, very impressed by this Paris four-piece, who have become de facto torchbearers for the French heavy underground scene.  GET IT

16. MIDNIGHT GHOST TRAIN – ‘Cold Was the Ground’
Having lived in Topeka, I can attest that it’s not the most exciting city in America (we used to nickname it ‘Topuka’), but there’s something very exciting brewing in the underground and it makes it’s run across the plains and prairies as the moon rises. Midnight Ghost Train is making Kansas cool again, with their latest: ‘Cold Was The Ground.’  GET IT

15. RIFFLORD – ‘26 Mean & Heavy’
These South Dakota rockers are a “band’s band.”  Their songs are ode to the gear they play wish (no kidding–songs about tubes, amps, and pedals).  But you don’t have to be a rock musician to rock out to Rifflord. Look for ’26 Mean & Heavy’ to get a nice, shiny vinyl release on STB Records soon! GET IT 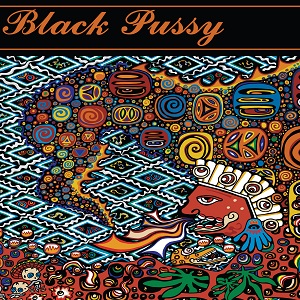 14. BLACK PUSSY – ‘Magic Mustache’
These Portland cool cats stirred up a bit of controversy between now and last month’s Doom Chart, and for no other reason than simply existing. After years of playing in a very diverse and egalitarian community, a few well-meaning, but misguided protesters tried to get this band to change its name and made show-cancelling threats as leverage.  Thankfully, Dustin & co. have responded with grace and humor, choosing love over hate, spreading peace through the groovy vibes o their Rolling Stones influenced ‘Magic Mustache.’  GET IT 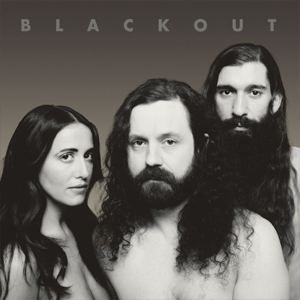 13. BLACKOUT – s/t
These three New Yorkers appear au naturel on their debut LP, perhaps a nod to both their raw, raunchy riffs, shockingly heavy sets, and self-effacing humor. GET IT

12. Royal Thunder – ‘Crooked Doors’
Making their debut on The Doom Charts this April with their third record ‘Crooked Doors,’ following on the happy success of CVI (aka “106”) from a few years back, the Atlanta heavy, bluesy, psych rock quartet is bound to convert more than a few squares with ‘Crooked Doors.’ GET IT 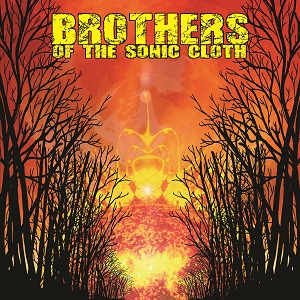 11. BROTHERS OF THE SONIC CLOTH – s/t
Tad Doyle (a beloved figured in the Seattle underground, renowned as much for his sound engineering as his musicianship) is the mastermind behind this dense, atmospheric, wickedly heavy and even spiritually moving album.  The trio will perform hold their album release show later this month.  GET IT

10. SATURNDUST – s/t
“Brazilian band Saturndust first captured my attention a year ago with the St Vitus like tones on the Sons of Water EP, and I realised then that the band was a bit special. The album Saturndust has confirmed what I originally thought. Aided by crystal clear production,each track leaves you both crushed and mesmerised. A stoner/doom masterpiece.”  GET IT – Steve Woodier (Pull The Legs Off The Spider, Tear The Wings Off The Fly)

9. RUBY THE HATCHET – ‘Valley of the Snake’
“Good time, marching beat, stompy feet, hook laden tunes with syrup dripping female vocals courtesy of Jill Taylor. Owen Stewart’s organ is the glue that holds it all together, all pervasive without being invasive it provides a cohesive tone throughout and drives a saw-toothed edge into the fuzzy wall of sound. Valley of the Snake, their third release is beautifully recorded and mixed by Joe Boldizar at Retro City in their hometown of Philadelphia. Boldizar has recorded all three of their releases with this being the most accomplished, managing to tread the fine line of mellow groove without forsaking any of the heaviness and shows both his own progression and that of the band.”  GET IT – Cam Crichton (Motherslug) 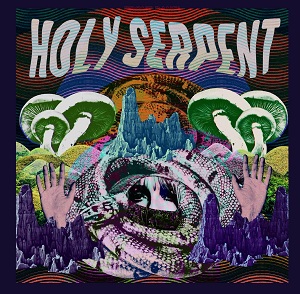 8. HOLY SERPENT – ‘Shroom Doom’
“Holy Serpent has a flavour…its a lazy, stumbling, tubular tone of garage doom flavour, never better illustrated than on the opener and slow grower ‘Fools Gold,’ where everything always feels just behind the drummer in that lo-fi way…All of the songs are good but the other real stand out is the almost 12 minutes of ‘The Plague,’ which has a chorus that is incendiary. I include that as my patented, fancy adjective for this review.”  GET IT – Gram Pola (Dirty Denim)

7. BLACK RAINBOWS – ‘Hawkdope’
“The latest trippy slab of rock from Italy’s Black Rainbows has been dubbed “Hawkdope”, and it’s everything one has come to expect from this heavy psych band. They’re still marrying that sexy 70’s retro rock chick with a stoned, 90’s California slacker type to create their own little warped, fuzzy sound child. All of the best two decades had to offer musically, blended into one heavy hitting rock and roll band. With long psychedelic and spaced out passages, along with blasts of stoner rock excellency, this album is sure to offer something for fans of everything from Hawkwind and Blue Cheer to Kyuss, Fu Manchu, and Monster Magnet.”  GET IT – Skip (Ride With the Devil)

6. MONOLORD – ‘Vænir’
After a very successful debut with ‘Empress Rising’ (2014), Monolord are ready for more.  But are we ready for more Monolord?  If their stunning jump from 18 last month to 6 this week is any indication, the answer is yes!. More and more people are discovering these three Swedes and falling under the doom-spell they wield  GET IT

5. ACID KING – ‘Middle of Nowhere, Center of Everywhere’
“Acid King return with the comeback album of the year. Middle Of Nowhere, Centre of Everywhere sees the band more moodier and focused than ever before. From the opening space rock driven riffs of Intro you know Acid King are here to unleash 10 years worth of heavy Stoner greatness upon us.  Wait until Lori sings. Wow. Majestic as ever. This album is the real deal. Embrace the riffs. Embrace the legend of Acid King before Outro sadly ends this heavy as hell trip.”   GET IT – Steve Howe (The Sludgelord) 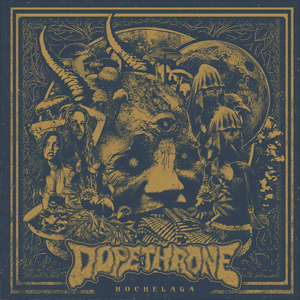 4. DOPETHRONE – ‘Hochelaga’
“DOPETHRONE IS BACK! Straight outta Montreal and tearing your speakers a new one, releasing their latest doom-sludge album on Totem Cat Records. This album is a banger that will have you hitting replay more than a couple times.  This is no-bullshit, in your face, gritty, primitive doom and filthy, filthy sludge.  Vincent Houde,  like always, sounds like an evil demon that somehow escaped hell and is just here to drink booze, party and play rock ‘n’ roll.”  GET IT – Frank Heredia (Doomed & Stoned). 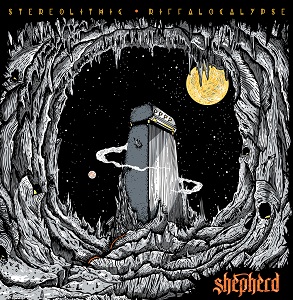 3. SHEPHERD – ‘Stereolithic Riffalocalypse’
“Shepherd’s release is one of the best debut albums of 2015. It’s already gaining some major buzz within the Sludge/Stoner Metal world. What’s not to love about it? ‘Stereolithic Riffalocalypse’ plays out like a weird and wonderful hybrid of Noise, Grunge, Stoner, Doom and Sludge Metal riffs. Shepherd feel they were brought up in the legendary Seattle Grunge scene instead of coming from India. From the opening seconds of Snake Pit you know you’re in for a heavy and wild time. Shepherd has combined classic Melvins style humour with hard-hitting riffs. They’ve released a stunning debut that plays out like a warning shot to the doom-stoner world that a truly great band has arrived. Start looking over your shoulders as Shepherd is coming for you all.”  GET IT – Steve Howe (The Sludgelord)

2. UFOMAMMUT – ‘Ecate’
“Ecate, or Hecate is the title of the 7th studio record of the legendary Italian psychedelic-doom band. Anyone who has delved into mythologies and ancient religions knows that Hecate is the goddess of magic, theurgy, necromancy, and apparitions. She is the goddess of crossroads, thresholds, and transitions – the guard of the gates between worlds. Not only that, but Hecate even connects the past, present, and future. A more appropriate name could not be offered for this record. Ufomammut connects on this 46-minute record all aspects from the last 16 years of their musical career from Godlike Snake (2000) to the Oro (2012) records.” GET IT – Doombeard (DoomBeardZine)

1. ELDER – ‘Lore’
“I was there. Back in 2013. When Elder gave the best show ever performed on Roadburn in Tilburg, Netherlands. It was and still is the stuff of legends. And guess what, with the new album Lore they seem to even top that magical experience. It is highly improbably and almost impossible that a better album shall be released this year. For the Massachusetts trio hits us with swirling stoner metal, touched by holy psychedelics and brushed off with some sludge that all seem to shimmer and shine like pure gold. It is progressive and it is fuzz. But perhaps even more importantly, the album is one entire long tension arc that makes you forget all about time and place. Epic!” GET IT – Joop Konraad (Stoner HiVe)